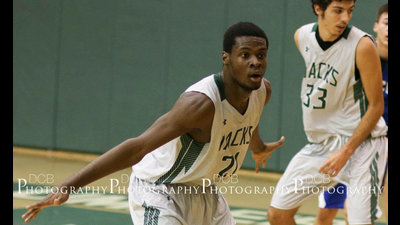 This time last year, Abdul-Hakim Fofana was sleeping on a floor in Houston, Texas, working two jobs while going to school. He was approximately 6,000 miles away from home and had narrowly missed the score necessary to get into engineering school. These circumstances may seem like road blocks to some, a hard push towards the breaking point.

Not for Fofana. He took it all in stride.

Abdul-Hakim Fofana was born and raised in Burkina Faso, a francophone nation in western Africa. His mother is a bank teller and his father a colonel and dental surgeon in the Burkina Faso Army.

Around the age of five, he was first exposed to the field of engineering. He would often visit his uncle, who worked as a mechanic at a sugar factory. His line of work piqued Fofana’s interest.

“He was my favorite uncle. I liked everything about what he was doing, [such as] repairing stuff and creating things,” Fofana said.

He would also accompany his father on his military duties, which involved overseeing high-altitude military parachuting. “At certain times of the year they would use parachutes. People would jump from the planes. I loved planes at that age and I knew when I grew up, I wanted to work with planes, the conception of planes and everything mechanical because I really loved what my uncle was doing.”

Academically, he was set on becoming an engineer. This would not be his only passion.

He first picked up a basketball in the sixth grade. While growing as a basketball player, he learned the importance of balancing school and sports, something instilled in him by his father. “My dad wasn’t that [strict] but he stressed that I needed to work hard. For example, if you brought home a 2.5 GPA, and you know you can do better, he’ll get on you.”

He made the decision his senior year of high school that he wanted to go to America to play basketball and receive an engineering degree. After sorting through his options, he narrowed down his top choice to the University of Houston.

In order to get into the engineering program, he needed to obtain a certain exam score to be accepted. Unfortunately for him, he scored just under the requirements necessary for enrollment. Undeterred, he moved to America in hopes of a second chance at getting into the program.

His first stop was in Atlanta, where he lived with his girlfriend and her family. He planned to go to school there to better his English and retake the exam to get into UH. His time there was brief, as school quickly became too expensive. He then learned it would be cheaper to enroll at Houston Community College and take classes there. Again he would pack his bags and move, enrolling at HCC.

HCC does not have a basketball program, however Fofana continued playing basketball with a club team and with basketball trainers while taking classes in between practices.

The first semester wasn’t easy. Along with taking classes and playing basketball, he had to work two jobs in order to support himself. He lived with two other people in a two bedroom apartment. Some nights, his bed was a couch. Other nights the floor. He was forced to sell his car to afford school expenses. Things were not going exactly the way he planned.

He was fortunate enough in his second semester to get an RA position which paid tuition, which provided some relief. Through all this, he continued to show up to training sessions and hone his basketball abilities. His situation wasn’t ideal, but Fofana did not let this hinder his progress.

Brock Lemon first heard of Fofana through a former colleague, one of Fofana's basketball trainers in Houston.

Lemon is the head coach of the Dakota College at Bottineau Lumberjacks, a NJCAA D2 community college located in Bottineau, North Dakota, ten miles from the Canadian border. He was intrigued by Fofana's athleticism, so he decided to give him a shot and bring him up north. Fofana quickly proved to be a pleasant surprise.

“We knew he was a freak of an athlete,” said Lemon, “but we weren’t quite sure he was going to be this good.”

In his first and possibly only year in North Dakota, Fofana has turned heads on the court.

“He’ll get a rebound, pass it to a guard, and beat all four defenders down the court and get a dunk before anybody even knows what happened. He can run all day. He’s a freak. That’s the only way to describe him,” said Lemon.

Fofana agrees that his athleticism is one of his strongest attributes. “When I attack the basket, if I jump and you jump, this is going to [be trouble for you].”

He currently averages a double-double and is 7th in the nation in rebounds (11.6). He averages 14.9ppg with a 56.8 FG%, accumulating 17 double-doubles in the process. When asked which NBA player Fofana resembles most, Lemon was quick to respond. “Kenneth Faried.” “That’s actually the second time someone has told me I play like him,” Fofana chimed in.

It isn’t just his on the court skills that make Fofana a star student-athlete. His demeanor and success in the classroom (he made dean’s list first semester) makes him a truly well-rounded individual. He regularly volunteers locally with kids and when he stayed in Bottineau over Christmas break, local families took him into their homes. “The people are nice and almost everyone knows each other,” said Fofana. “They help you out and it was easy to adjust to Bottineau when I came here.”

Lemon couldn’t be happier with having Fofana in a Lumberjack uniform.

“He is super laid back, extremely nice. He’s going to change the whole image of our basketball program just by him [being] in the community,” said Lemon. “He’s an academic nerd and a freak of an athlete.

“You won’t find anyone better than Abdul. You would love to be able to get mad at the kid and find something wrong with him, but it’s just so hard. It’s frustrating.”

On Valentine’s Day, North Florida became the first school to offer Fofana. Bethune-Cookman, Chicago State and Indianapolis have since followed suit, along with a bevy of interest from other schools, some high major.

Fofana cited academics and good relationships with the staff as the two biggest aspects he’s looking for in a school.

“I want to go to a school with strong academics and a good engineering school,” he explained. “A great engineering program is key for me.”

Fofana’s road to playing college basketball was a winding one that has led him 6,000 miles away from home. He may not have been dealt the best of hands since arriving in America, but he has found a way to continue on and succeed. So far, the journey has been worth it. Four college scholarships are on the table for this future engineer, with more to come.

Wherever he goes, Abdul-Hakim Fofana will continue to soar.

For highlights, check out his HUDL profile.